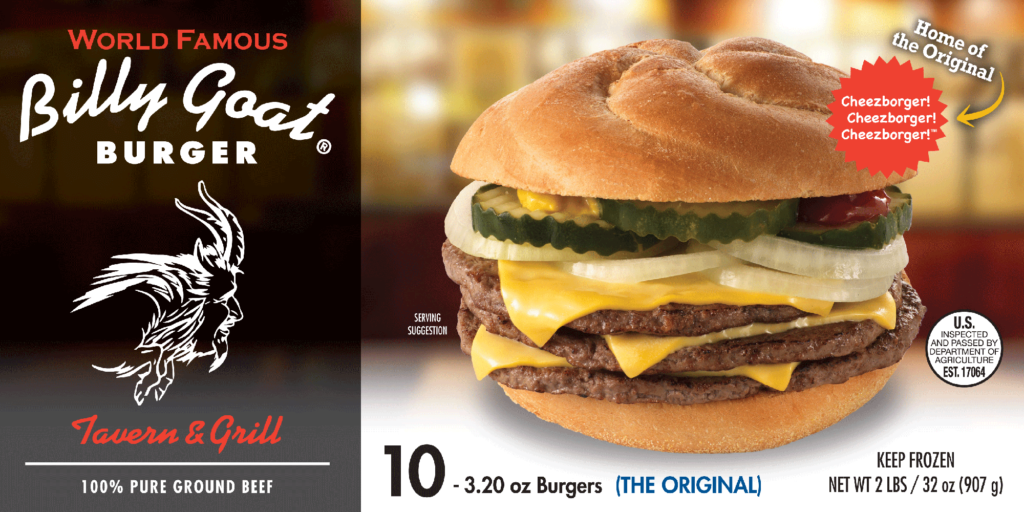 The frozen beef patties — which despite the nickname will not come with cheese —launched at all Jewel’s 186 locations this month. The patties will be available in two sizes: a 3.2-ounce version dubbed “The Original” that’s meant to be stacked (the single, according to Billy Goat, is “for children and women on a first date”), and a third-pound patty called “The Curse Breaker.”

The Billy Goat has been open in Chicago since 1934, but a 1978 “Saturday Night Live” skit featuring John Belushi gave the humble restaurant legendary status. “Cheezborgers” and other menu suggestions made by owner William “Billy Goat” Sianis, a Greek immigrant, became widespread catchphrase.

This entry was posted on Apr 27, 2017inClients, Food, Licensing